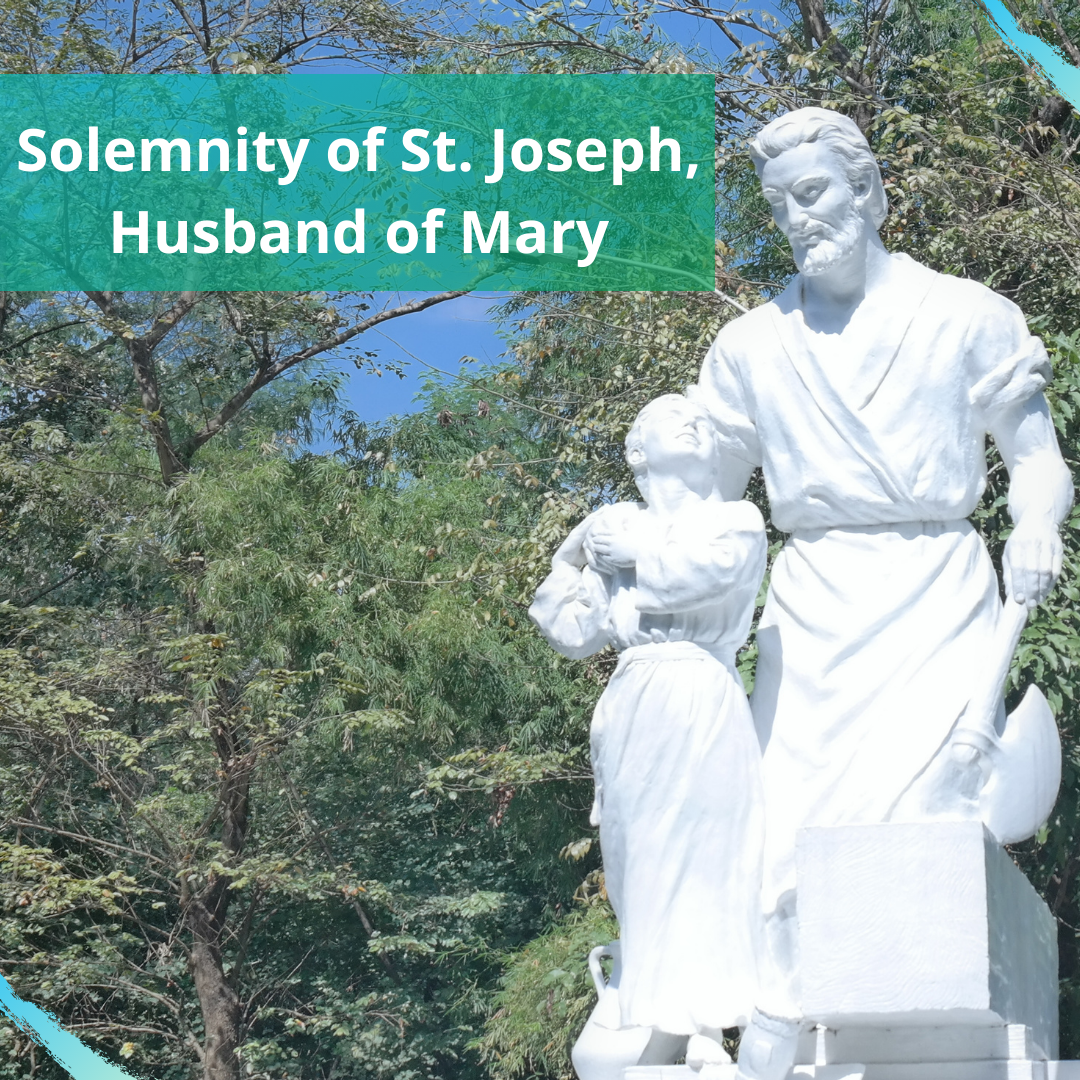 Gospel: Matthew 1:16, 18-21, 24a
Jacob was the father of Joseph, the husband of Mary. Of her was born Jesus who is called the Christ. Now this is how the birth of Jesus Christ came about. When his mother Mary was betrothed to Joseph, but before they lived together, she was found with child through the Holy Spirit. Joseph her husband, since he was a righteous man, yet unwilling to expose her to shame, decided to divorce her quietly. Such was his intention when, behold, the angel of the Lord appeared to him in a dream and said, "Joseph, son of David, do not be afraid to take Mary your wife into your home. For it is through the Holy Spirit that this child has been conceived in her. She will bear a son and you are to name him Jesus, because he will save his people from their sins." When Joseph awoke, he did as the angel of the Lord had commanded him
and took his wife into his home.


Psychology teaches us that one learns behaviors from primary caregivers in childhood and early adolescence. Important figures such as parents or grandparents who took care of us as we were growing up became our role models. Going through life, our relationship with them has become our template in relating to other people, whether positively or negatively. Furthermore, our image of God is developed through early relationships with parent figures, particularly our father.


Jesus had a unique relationship with God whom he called "Abba" or Father. In many parts of the Gospel, he referred to God as One who is more than a father who gives his children good things because God gives the Holy Spirit to those who ask (cf. Luke 11: 11-13), a merciful and forgiving father (cf. Parable of the Prodigal Son, Luke 15), and One who wills the salvation of the world rather than its condemnation (cf. John 3: 16-17). Jesus gives us a picture of God as One who is infinitely loving, providential, and merciful.


Perhaps it is safe to say that Jesus developed a positive image of God as Father through his earthly father, Joseph. The Gospels describe him as righteous and unwilling to expose Mary to shame on account of the fact that her Child was not his. He decided to quietly divorce her, protecting her from shame and even death. With the assurance of an angel who appeared to him in a dream (cf. Matthew 1:20), Joseph took care of Mary and Jesus in their humble abode in Nazareth, providing for them with his meager income as carpenter (cf. Matthew 13:55). In Luke 2:48, we see how Joseph and Mary anxiously searched for Jesus, who, early on in his life, was seeking answers to his quest for God (cf. Luke 2:46). It is evident that Joseph deeply cared for Jesus as his own son. He was Jesus' role model of manhood, respect for women, dedication to hard work, simplicity of lifestyle and great love for God and humanity. Through Joseph's earthly fatherhood, Jesus gained insight into the Fatherhood of God.


We thank God for our fathers, father-image, and bearers of the Good News who afforded us support, mentoring, and acceptance. Through them we have experienced the special providence of God. In turn, may we also mirror the righteousness, respect and reverence of St. Joseph to others, that we may accompany them to a deep love of God and neighbor. May the fathers or father-figures among us be edifying to the youth who need good role models in their search for life's meaning and purpose.

The National Convention Session 6 to be hosted by Cebu and Dumaguete CLC scheduled for January 8 has been postponed due to Typhoon Odette... Read more

Reflection Guides for your Advent Journey

We pray you will find these helpful and useful during this Advent season. May the Spirit animate our Advent Season in true preparation for our Lord and Savior!... Read more